The Battle of Stirling Bridge 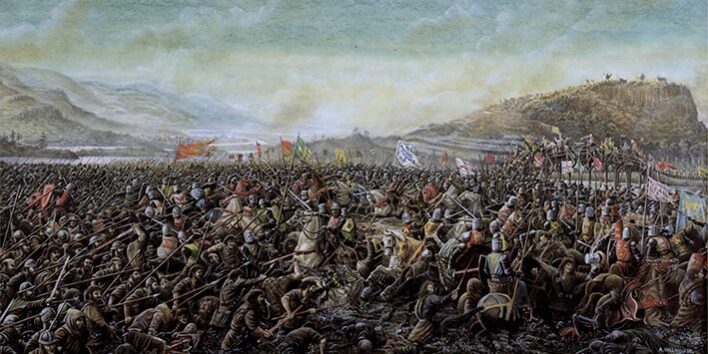 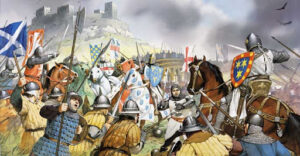 In the year 1297, Scotland found itself under the rule of English King Edward I after a provoked invasion in 1296. While the Scottish King John Balliol remained stripped of his kingship, a rebellion sparked by Sir William Wallace and Sir William Moray begins to gain momentum. In response, the English mustered an army under John de Warenne, Earl of Surrey. The main bulk of the English forces were stationed in France with Edward I. However, the Earl of Surrey’s host was not to be underestimated.

The English army was to march North to aid English garrisons that were threatened by the rebellion. Though it would be at the small, narrow river crossing in the city of Stirling that the rebellion would come to them.

At this point, Stirling castle was under English occupation, and so, it made strategic sense for the English army to travel through Stirling. Aided by the fact that Stirling offered the main crossing into northern Scotland. Though, Stirling bridge, as stated, was narrow and could only allow the English army to cross two abreast. Ultimately causing a bottleneck, which Wallace intended to exploit.

The English army consisted of around 7000, with around 300 heavy cavalries. In comparison, the Scottish force was around 6000 with only a small unit of cavalry. Outnumbered and outmatched, Wallace awaited Surrey’s advance.

Surrey ordered his heavy cavalry vanguard under the command of Cressingham to advance across the bridge towards Wallace’s northern position. However, crossing two abreast quickly created a build-up of disorganised troops on both ends of the bridge. Once A large portion of the English army had crossed the river, Wallace ordered his men to form schiltron and advance (to see more on schiltrons, please read our post on the battle of Bannockburn: https://coopercottages.com/the-battle-of-bannockburn/). The schiltron was exceptionally effective against cavalry, even more so due to the lack of mobility hindering the English cavalry ability to perform a counter charge. Unable to effectively utilise their numbers, the English army was slowly pushed back across the bridge by the Scottish light infantry. As panic and confusion started to spread throughout the English ranks, a mass route ensued. Those trapped on the bridge were slaughtered in great numbers, while those who escaped into the river drowned due to their heavy armour. Witnessing his imminent defeat, Surrey ordered the bridge to be destroyed, leaving many of his men trapped at the mercy of the Scots.

The battle of Stirling Bridge marked a great victory for the Scottish rebellion and saw the vast majority of Scotland land under Wallace’s protection. Though they would soon find this victory short-lived. 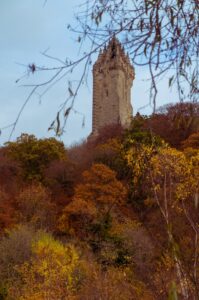 If you ever find yourself in Stirling and want to learn first hand about the battle of Stirling Bridge and the life of William Wallace then be sure to check out the National Wallace Monument. You can find them at https://www.nationalwallacemonument.com/. You can also read more on the monument in one of our previous blogs here: https://coopercottages.com/how-to-spend-the-day-stirlings-penthouse-apartment/