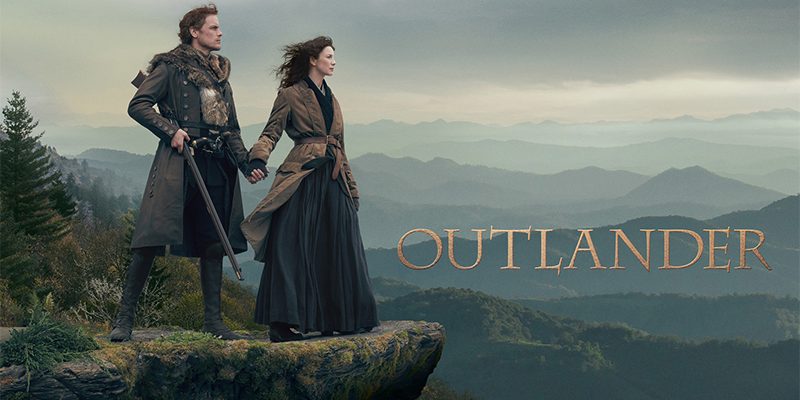 If you read our Film Locations in Central Scotland blog post, you will know how easy it is to plan your holiday itinerary around Jaime and Claire’s adventures. As the latest season of the show was released last autumn, we decided to bring you a new Outlander-themed blog post and update it with the locations visible in season 4. 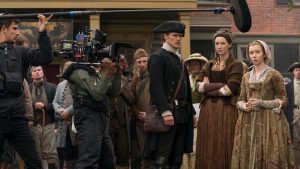 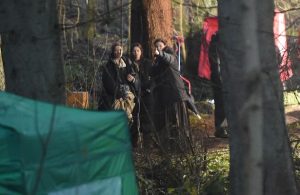 Scotland’s most populous city was used as a backdrop many times before: Glasgow Cathedral doubled for L’Hopital Des Anges in Paris; George Square is where Frank’s proposal was filmed; Kelvingrove Museum became the Boston Park where Claire took her many walks; Glasgow University doubled for Harvard. In season 4, episode 08, the theatre scenes we see on screen were filmed in St. Andrew’s in the Square, the 18th century church now used as the city’s Centre for Scottish Culture. Just a short drive outside of the city, Calderglen Country Park is the perfect destination for a family day out. If it looks familiar, it is because this is where Jamie takes Willie hunting.

Filming in the capital only started in season 3. Bakehouse Close and Tweeddale Court were shown in the first episodes after Claire’s return in the past as Jamie’s print shop and the market where Claire and Ferguson reunited, respectively. Signet Library doubled as the Governor’s mansion in Jamaica. Similarly, in season 4 Newhailes House featured in the premiere as Governor Tryon’s home in North Carolina.

Linlithgow Palace is easily recognisable from some of the most brutal scenes of season 1, when Jaime was imprisoned and tortured in Wentworth Prison. Just a 10 minute drive from the town centre, the stunning Beecraigs Country Park was the perfect setting for Jamie and Claire’s horseback riding scene in season 4, right before they get separated during the storm.

Abercairny Estates in the town of Crieff was transformed into River Run, Aunt Jocasta’s plantation house in North Carolina.