Comrie and Crieff offer a wide range of activities, golf clubs, Comrie Croft bike hire, walks, fishing and cycling. The annual Comrie Fortnight event attracts large numbers of visitors and the Crieff Hydro Hotel is a popular spa resort and activity centre. If you are looking for self catering holiday accommodation we have a selection of cottages, lodges and luxury holiday homes in the area, including pet friendly places to stay.

Did you know? Comrie is also known as the ‘Shaky Toun’. Due to its position astride the Highland Boundary Fault it experiences frequent earthquakes. In the 1830s around 7,300 tremors were recorded and today Comrie records earthquakes more often, and to a higher intensity, than anywhere else in the United Kingdom. Comrie became the site of one of the world’s first seismometers in 1840, and a functional replica is still housed in the ‘Earthquake House’ in The Ross in Comrie.

Accommodation In Comrie and Crieff 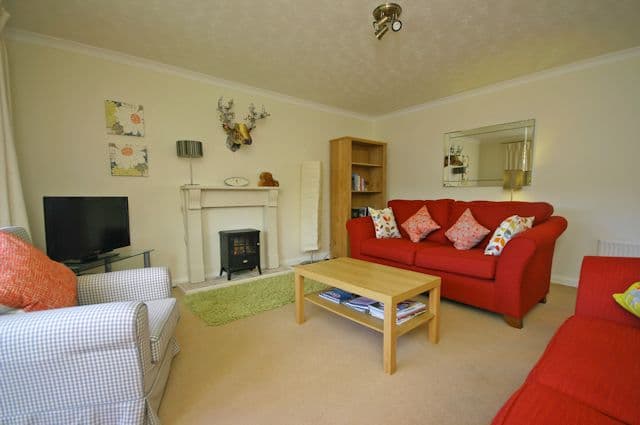 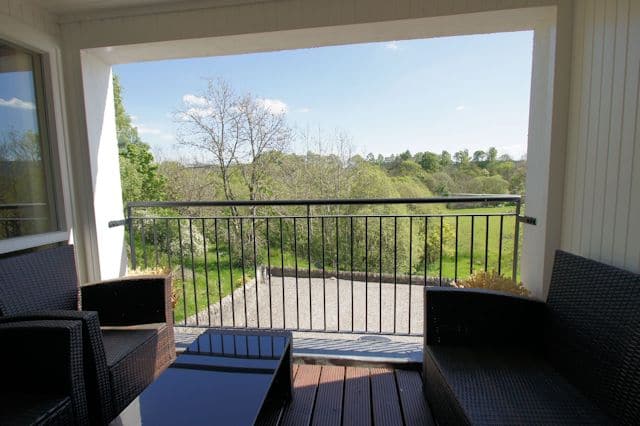 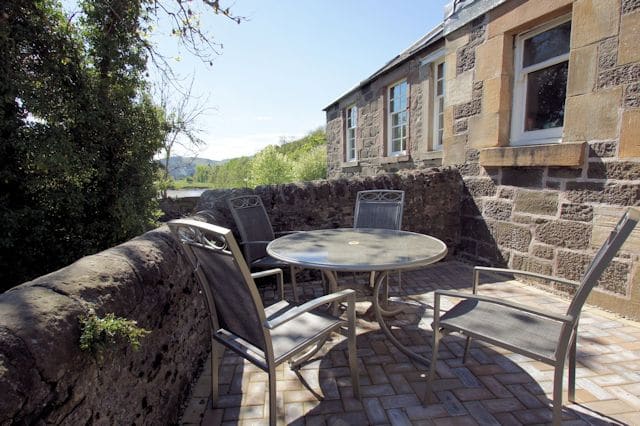 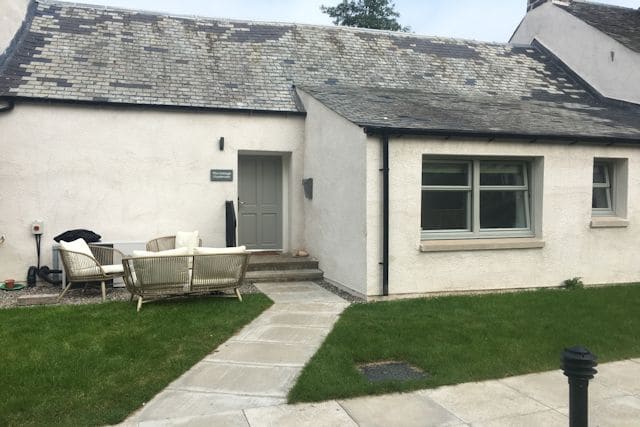 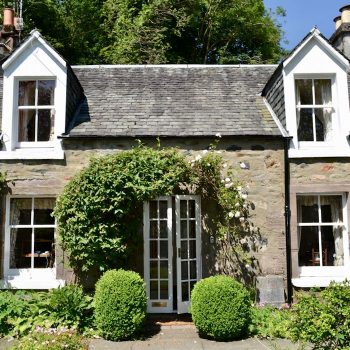 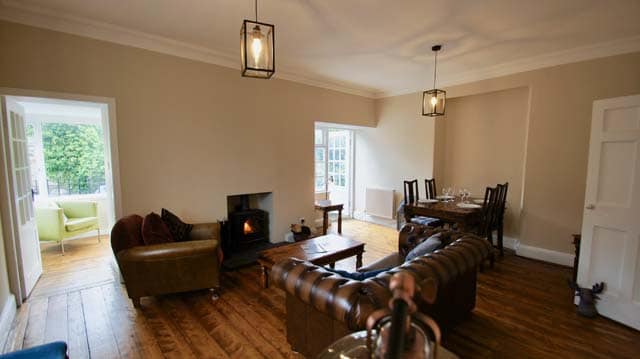 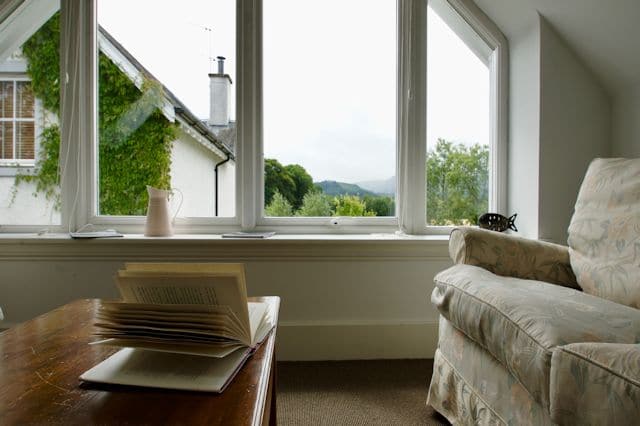 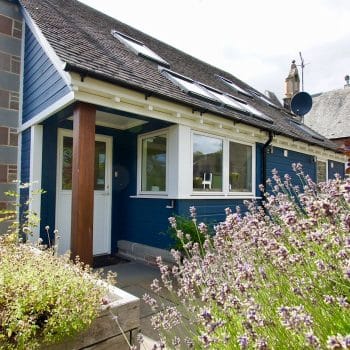 About Comrie and Crieff

Comrie lies on the banks of the River Earn and is situated in the heart of the scenic West Strathearn area of Perthshire at the meeting of Glen Lednock and Glen Artney, with the Scottish Highlands rising to the north. The village has a wide range of local businesses, a hotel, medical centre, butcher, bakery, restaurants and Sense spa for a holiday treat.

The focal point of the village is the ‘White Church’ previously a historic church and now providing the village with a community centre. Located just outside the village, Comrie Croft offers bike hire, activities and events throughout the year. The Lednock leads up to the Deil’s Cauldron waterfall and above this a hilltop granite obelisk commemorating Henry Dundas, 1st Viscount Melville (1742-1811). Stand at Melvilles monument and you can see the whole village of Comrie.

Nearby Cultybraggan Camp is the site of the once-secret underground nuclear bunker. Cultybraggan was first used as a PoW camp during World War II, and then became an Army training area. It later housed a Royal Observer Corps (ROC) nuclear monitoring post, and a Regional Government Headquarters (RGH).The camp ceased to be used by the military in 2004. Thanks to recent funding the site has become a popular with tourists. Some of the original 100 Nissen huts on the western side of the camp were demolished in the 1970s to make way for a firing range, but the majority remain.

The surviving huts, together with an assault course and modern Officers’ Mess facility, make Cultybraggan “one of the three best preserved purpose-built WWII prisoner of war camps in Britain”. In 2006, Historic Scotland listed a number of structures at the camp. Huts 19, 20, and 44–46 are category A listed as being of national significance, while huts 1-3, 21, 29-39, and 47-57 are category B listed.

The Comrie Flambeaux is a unique Hogmanay ritual. On the stroke of midnight, December 31st, a torchlight procession marches through the village. Traditionally the procession involves the twelve strongest men of the village carrying long, thick birch poles, to which burning tarred rags are attached, to each of the four corners of the village.

The procession is usually accompanied by the village pipe band and villagers with floats and dressed in costume. Following the procession, the villagers throw the torches from the Dalginross Bridge into the River Earn. The precise origins of the ceremony are unclear. It is generally assumed to have pre-Christian Celtic or possibly Pictish roots and to be intended to cleanse the village of evil spirits in advance of the New Year (albeit the New Year’s commencing in January is a relatively modern convention). The use of the birch tree specifically may have significance as the first letter of the Celtic Ogham alphabet, and a symbol of new beginning.

The spectacle attracts thousands of visitors from all around the world to the small highland village each Hogmanay. A countdown to midnight is usually held at Melville Square and after the processions people gather here again for traditional Scottish music and dancing. Parties in village homes are common and other Scottish Hogmanay traditions like “first footing” are also observed.

Crieff (from the Gaelic word for “tree”) is famous for its whisky and cattle droving history. The town used to be a gathering point (or tryst) for cattle farmers to bring their livestock to market. The annual Drover’s Tryst Walking Festival commemorates this heritage with many of the routes ending in the town. Due to disreputable sorts, horse thieves, bandits and drunkards, who came to the town, there was a hanging tree that saw a lot of use. By the 1700’s this tree had been replaced by formal gallows, in the area now called Gallowhill.

Rob Roy MacGregor, perhaps the most famous cattle-rustler of them all, travelled to Crieff on many occasions. The establishment of the hydropathic establishment in the 1800’s saw the town cast off its former reputation to become a popular tourist destination for wealthy businessmen. The modern Crieff Hydro still attracts a large number of visitors and now features a number of activities for guests.

Glenturret Distillery offers excellent tours of the oldest distillery in Scotland, and at the end of the tour, a wee dram of whisky. The distillery also has a fantastic restaurant that is available for meals and private functions. Strathearn Glass on the edge of Crieff is a fine display of Stuart crystal and other brands. Drummond Castle Gardens are particularly spectacular in high summer but the large Italian garden may be enjoyed at any time. This location was used in the film, Rob Roy.

The Ceramic Experience offers artistic opportunities for old and young to paint pottery and there is an excellent garden centre and a pleasant short walk beside. A visit in the autumn months to Buchanty Spout, a local beauty spot, where large salmon can be seen leaping their way up the River Almond, is a truly spectacular sight. A day out at the Auchingarrich Wildlife Centre near Comrie is popular with children.

Fishing – Many opportunities for fishing in the locality

Golf – There are courses at Comrie and Crieff

Comrie Flambeaux, New Year – A torch procession through the Village, with music and fancy dress.

For more events in the area see our Events Page

Help us by completing this short survey.