The Battle of Neville’s Cross 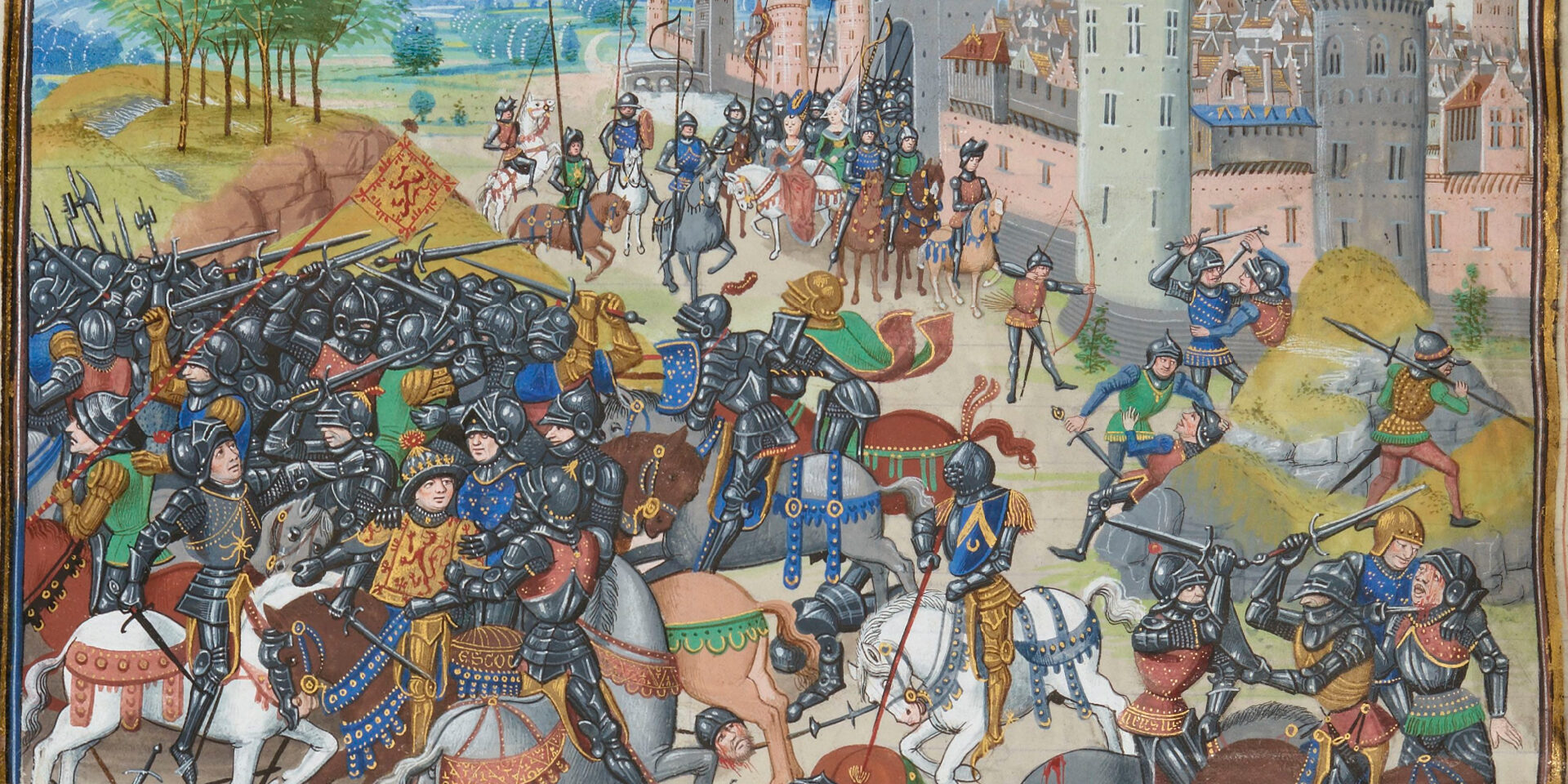 In the next chapter of the Scottish history series we take a look at the battle of Neville’s Cross 1346.

After a decisive victory for the English King Edward III over the French at Crecy in August 1346, the French King Philip reached out to his old ally, King David II of Scotland, through the terms of the ‘Auld Alliance’ and requested he invade England in retaliation of their defeat.

King David II eagerly responded to the request and made his preparations for the invasion of Northern England. The Kings eagerness was also founded through the knowledge that much of England’s military strength was deployed in France.

Some records show that King David II sacked his way through Northern England with around 15,000 men, destroying many prominent strongholds and reducing Lanercost and Hexham Abbeys. On the 16th of October the Scottish army neared the vicinity of Durham. King David II was not so eager to directly attack Durham due to its impressive defensive capabilities. Thus, he held his army nearby at Bearpark. The King did not expect any significant response from the English with their main focus directly on the French invasion. However, the defence for Northern England fell to the ‘Wardens of the Marches’, a joint defensive union of three men; Ralph Neville, Baron Neville de Raby and Henry Percy. The three men mustered an army from all counties north of the River Trent and marched out to meet the Scottish invaders on the 16th of October. 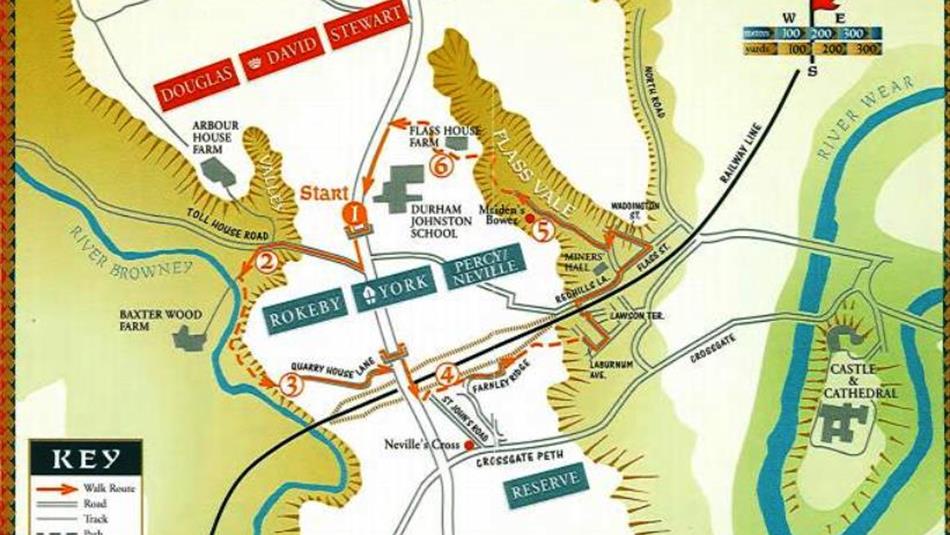 On the morning of the 17th of October the English army positioned themselves on a ridge around a mile west of Durham. The English occupied a flat plateau on the ridge which allowed their forces to be deployed excellently. Their western flank was also protected by a steep ravine.

However, largely unaware of the size and positioning of the English army when the Scottish army came upon their rival they found their army divided by a ravine. Outmanoeuvred and out positioned the battle was underway.

The Scottish Right, under Sir William Douglas, commenced the fighting with an attack on the English Left. They found their advance hampered by the terrain with the enhanced gradient in front of that section of the English lines causing them to veer to the left. This not only lengthened the line of their assault, it also disordered their ranks – both causing delay. This was exploited to the full by the English archers who unleashed their lethal bombardment into the Scottish line.

Due to the unrelenting archer assault and the sloped approach, the Scottish right failed to make any progress. However the centre and left flank were both able to push the English back. However, The English, who had held their cavalry in the rear as a strategic reserve, now committed a significant number of them to the action. The flat plateau suited the cavalry and the subsequent charge into the Scottish Left pushed them back stabilising the English line.

All uncommitted cavalry were now used to augment the entire width of the English lines. The effect of the additional forces was pronounced on the English Left where the Scots were dramatically pushed back. The Scottish Centre however, under the King himself, remained firm – but was now surrounded by English forces. 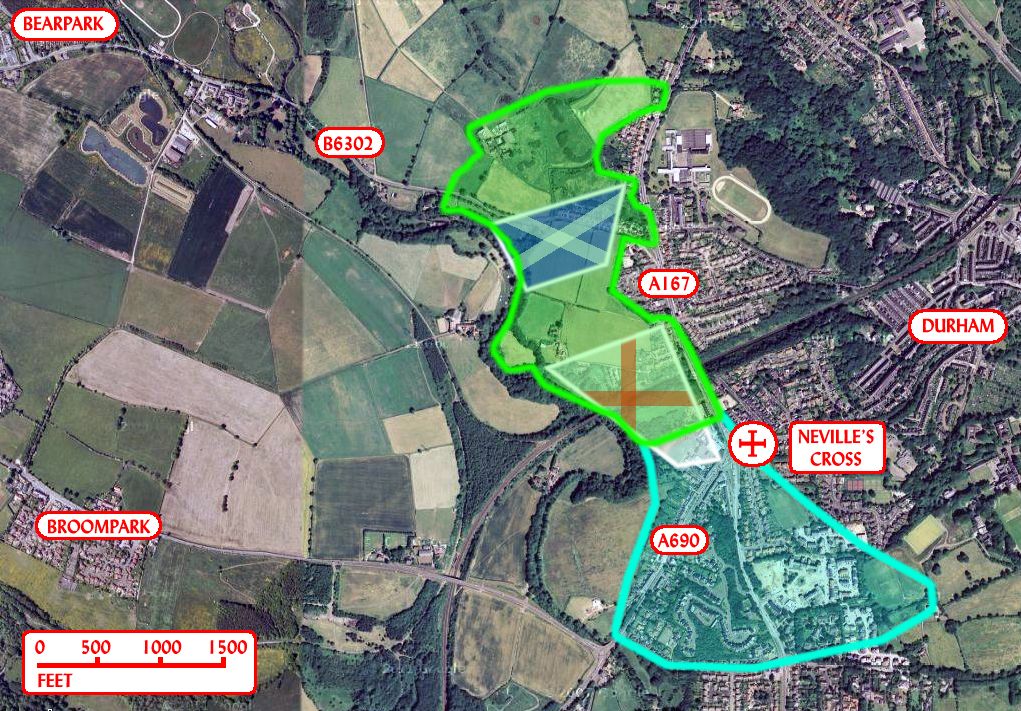 The King’s central division fought on – perhaps for as long as three hours – but the arrival of additional English reinforcements under Lord Lucy prompted the remaining Scottish troops to surrender. David II fled the field, wounded and unarmed, but was quickly captured.

The battle was disastrous for the Scots, as not only was their King captured and imprisoned, but in the year that followed the English drove home their advantage and occupied virtually all of southern Scotland.