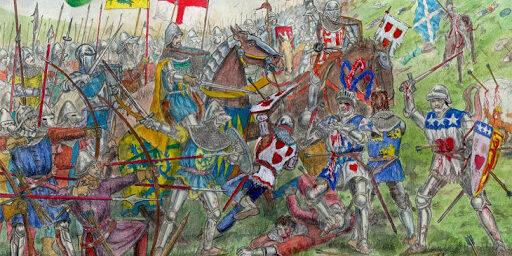 In the next chapter of the Scottish History series, we take a look at the Battle of Homildon Hill in 1402.

During the time leading to the repudiation of the Truce of Leulinghem, both Kingdoms began to raid the other. On 22 June 1402, a small force backed by the Scots government, returning from one such raid, was attacked and defeated by George Dunbar, the Earl of March’s son, at the Battle of Nesbit Moor, at which no quarter was given.

Archibald Douglas, 4th Earl of Douglas, arguably the most militarily powerful man in Scotland, and a key part of the Duke of Albany’s administration, used the pretext of Nesbit Moor to lead a punitive expedition into England. With Murdoch of Fife, Albany’s son, Douglas’s army marched as far as Newcastle to avenge the battle. At the head of 10,000 men, he laid waste to the whole of Northumberland. 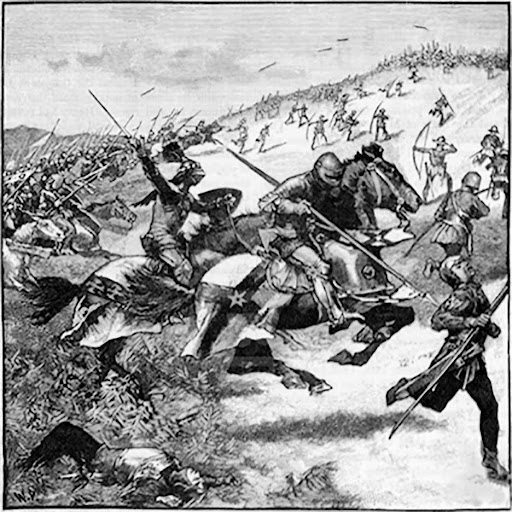 March persuaded Henry Percy, 1st Earl of Northumberland, and his son Harry “Hotspur” to lie in wait for the returning Scots at Wooler. Once Douglas’s men had made camp at Milfield, relatively low ground, the English army rushed to attack. The Scots, however, had keen sentries and the army was able to retreat to the higher ground of Homildon Hill and organise into traditional Schiltron formations; Douglas had not learned from the lesson of his great uncle’s defeat at the Battle of Halidon Hill seventy years previously. The Schiltrons presented a large target for the English Longbowmen, and the formations started to break. A hundred men, under

Sir John Swinton of the Swintons of that Ilk, chose to charge the enemy saying: “Better to die in the mellay than be shot down like deer”. All perished. It has been suggested that Douglas hesitated to signal the advance of his main force, and when he did, it was too little too late. Douglas’s mauled army met the as yet unbloodied English men at arms, and were routed. Many of Douglas’s leading captains were captured, including his kinsman George Douglas, 1st Earl of Angus, Thomas Dunbar, 5th Earl of Moray and Murdoch of Fife. Douglas himself was captured having been wounded five times, including the loss of an eye, despite the fact his armour had allegedly taken three years to make. 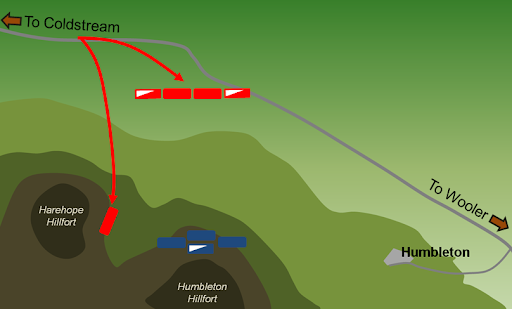 With so many of the Scots leaders and chivalry taken prisoner, Albany was left in a precarious position militarily if not politically. It was only due to King Henry’s internal and Welsh problems that the English did not press home their victory with a full-scale invasion of Scotland. Henry IV was keen that so many able soldiers should not return to Scotland to fight against him, so refused to allow those who held noble captives to ransom them. This act became one of the many grievances that the Percys had with the Crown. In 1403 they allied themselves with Owain Glyndŵr, and went into open rebellion against the English king. Hotspur set his prisoners free, as there was by now no chance of remuneration for them, and many including Douglas decided to join forces with him. Indeed, Douglas fought, and was again badly wounded, at Hotspur’s final fight at the Battle of Shrewsbury.

Sir John Mowbray of Barnbougle, Laird of Dalmeny, was knighted by Sir Thomas Erskine at the battle