The Battle of Killiecrankie 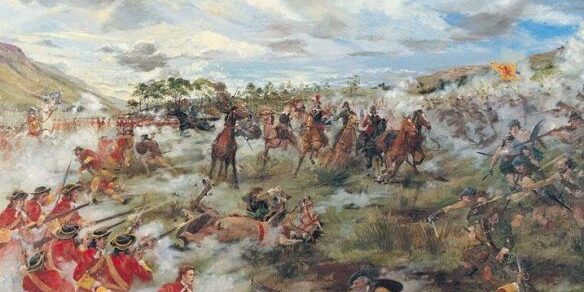 On this weeks instalment of the Cooper Cottages Scottish History series, we’re going to take a look into the ‘Battle of Killiecrankie (1689)’, one of the first major Scottish victories in the Jacobite Rebellions.

in 1688, many of the prominent protestant English magnates had become weary of King James VII’s Catholic rule over Scotland, a conflict of religious interests which had sparked many of the wars between England and Scotland. Therefore, they encouraged William, Prince of Orange to invade Scotland and seize the throne, thus reinstating a protestant King. The Prince of Orange was nephew to the King and married to his eldest daughter Mary Stuart. On the 5th of November in 1688, William landed with an army in Brixham, and after gaining some momentum, incited a rebellion against King James VII. Ultimately leading to his reign being overthrown. James VII did however manage to flee the country. The Scottish Convention gave the new King William their full support, though James Graham, Viscount Dundee, stormed out of the convention upon hearing this.

In 1689, James VII had decided he would make an attempt to retake his throne. Aided by King Louis XIV of France, the rebellion began with the invasion of Ireland. Upon hearing this, James Graham who had previously stormed out of the convention, marched to Law Hill in Dundee and raised King James VII’s banner with 50 men by his side. Marking the official beginnings of the first Jacobite Rebellion. Though many were hesitant to join the cause at first, upon hearing of the order to eliminate James Graham by King William, hundreds flocked to their aid.

In 1689, Graham had gathered his forces at Blair Castle, a key position which Graham knew the Government troops would have to secure if they were to have a secure line of communications from Perth to Inverness. To achieve this, the Government army would have no choice but to travel through the Pass of Killiecrankie. Major-General Hugh Mackey was appointed to lead the Government force, which he lead up the now A9 towards the Jacobite forces. However, Graham sent his cavalry directly at the Government army, in an attempt to draw them in. Just as intended, when Mackay spotted the Rebel cavalry he gave the order to pursue, which lead the Government forces right into the pass, a narrow track, closed in by steep mountain on either side.

The Government army boasted around 5,100 men with 500 being cavalry. While the Jacobite force consisted of around 2,500 men, with only 50 being cavalry.

As Mackay advanced further into the pass, he quickly realised he had marched his forces into a trap. The Jacobite’s were positioned to the right upon significant high ground. As a full scale retreat was out of the question, Mackay organised his men on a small section of flat ground on the downward slope, facing the Jacobite’s. The Government army was positioned along a thin line just three ranks deep with cavalry in reserve.

Though holding the superior position, Graham was concerned about the advanced firepower, consisting of light cannons, turning the tide of the battle before it began. Thus, Graham organised his army into seven densely packed columns each with a specific regiment to target. At around 8pm, Graham ordered a full charge, though when the Jacobite’s were within 75 meters of the Government force, they were met with a catastrophic volley, taking the lives of around 600 Jacobite’s. Unshaken, the Jacobite’s returned fire, causing enough disruption to prevent the Government returning fire. The Jacobite’s threw down their muskets and met the Government line with swords and axes.

With the Government line being only three ranks deep, the Jacobite charge broke their morale, causing the left flank to immediately route. Despite the collapse of the left and centre, the Government right was holding firm. A tactical retreat was issued as the remaining Government troops slowly backed back along the track they had entered. Graham led a cavalry force in an attempt to break the retreating force, though in this act he would lose his life. None the less, the remaining troops turned and ran back up the pass. 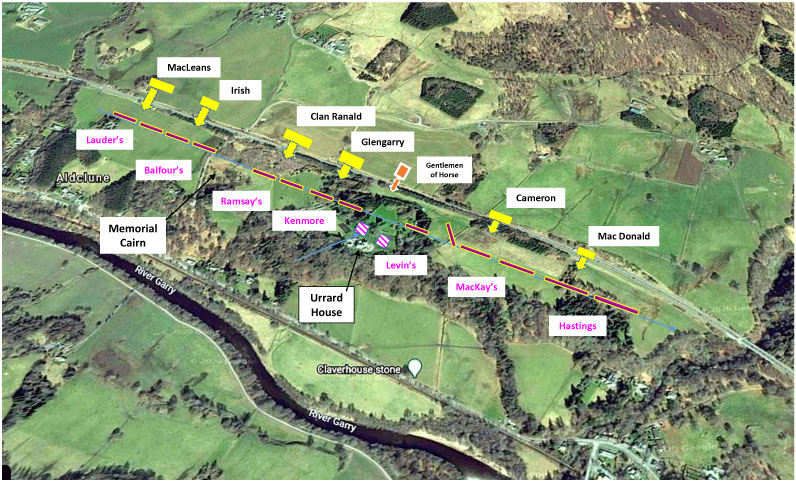 In less than half an hour, the Jacobite’s had broken the Government forces and claimed victory. The Government army was reduced to around 500 men from their initial number of 5,100. While the Jacobite’s lost around 1000 men, many of which were in the first volley alone. This marked the first bloody battle of the Jacobite Rebellion, though it would be far from the last.