Myths and Legends in central Scotland 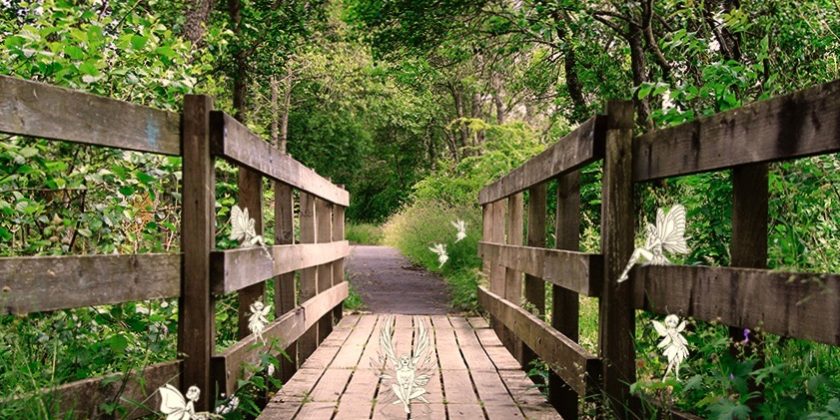 It’s no wonder J.K. Rowling was inspired by the Scottish landscape while writing her masterpiece. With its green forests, clear streams and Baronial architecture, Scotland is the perfect backdrop for Harry Potter’s adventures.

But this country was full of magic even before the world’s most famous wee wizard was born: folk stories have in fact been passed on from generation to generation, inspiring writers and artists for many centuries. Between the classic faeries and witches, and the more local kelpies and selkies, it would take a whole book to talk about all of the supernatural creatures inhabiting this land, so today we will only focus on the most popular legends around the Central Belt. 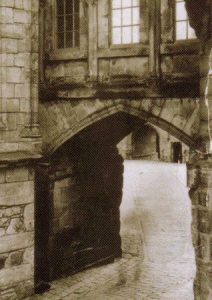 The great majority of old buildings seems to be haunted, cemeteries are practically infested and let’s not even talk about castles… in Scotland, ghosts are basically recognised as members of the society.

Myrhan, resident in Callander, says: “My dad has had personal experiences with ghosts up at Stirling castle. He was walking up one of the spiral staircases with a room at the top. A girl was running ahead of him but when he got to the top, there was no one there despite the fact that there was nowhere to go. ”

Like people, ghosts belong to different classes too, and some of them are more famous than others. Stirling Castle, for example, is said to be the home of the Highland Ghost, the Green Lady and the Pink Lady (which is believed to be Mary Queen of Scots). For more information about Scotland’s most haunted places visit hauntedrooms.co.uk .

These malign spirits, which often take the shape of horses, have inhabited Scotland’s Lochs and Rivers since the beginning of time. They will attract you, wait for you to mount them, and then drag you into the water to eat you.

In Falkirk, Stirlingshire, two sculptures have been built in honour of these creatures: two stainless steel horse heads. With their 30 meters of height they are officially the largest equine sculptures in the world. To find out more about The Kelpies and The Helix visit thehelix.co.uk . 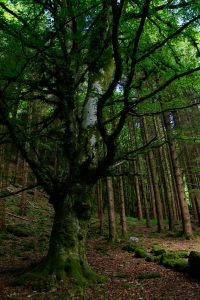 Faerie tree in Callander. Locals used to leave gifts for the fair folk hanging from its branches.

There are many different stories surrounding faeries: many believe them to be mischievous, evil spirits who steal babies and rip out men’s hearts; others think they are loveable, magic little creatures. It is impossible to tell who is right and who is wrong, but what you can do is explore the local forests and maybe they will reveal themselves to you. What we do know for sure is that they are very sensitive and impatient, so never be rude, never call them faeries (they prefer “fair folk”), never invade their privacy, and do not even think about wearing green: that is their colour!

Faeries are not the only ones to be easily offended: criticise a brownie, even by mistake, and its revenge will be devastating. These little creatures are not that popular in the Central Belt, that is true, but they are definitely worth of a mention. Very attached to the houses where they reside, they welcome every new master and offer him/her their services (cleaning, tidying). Being quite solitary creatures, they will hide in your house during the day and only come out to perform their duties at night. Loyal as they are, they will bring luck to the household they work for, but betray them and you will suffer the consequences.

…that the unicorn is Scotland’s national animal? The reason for this choice is associated with the ideals that the animal represents: purity and innocence, but also masculinity and power.

If you believe in magic, Scotland is the place for you. And if you don’t just yet, there is a good chance that a trip to the countryside will make you change your mind.

Here are some useful links for you magic seekers: