Turner in January at the Scottish National Gallery 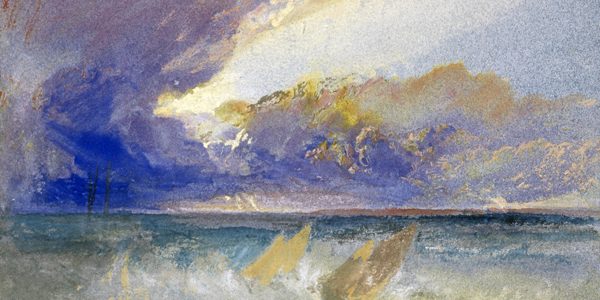 Welcome in the New Year with Turner in January at the Scottish National Gallery until 31st January 2018.

This annual display of watercolours by Joseph Mallord William Turner signals the start of 2018 at the Scottish National Gallery. For over a century the Gallery has followed the stipulations set out by the art collector Henry Vaughan – that 38 fantastic works encapsulating the entire career of one of the great masters of British painting were to be exhibited to the public, “all at one time, free of charge, during the month of January”.

“Turner does more with a few splashes on a small piece of paper than most artists manage in oils on the biggest canvas. It’s thrilling to see these masterpieces preserved in Vaughan’s original frames.” says BBC Arts
These works, bequeathed to the Galleries by the distinguished collector Henry Vaughan, span Turner’s career, from his early topographical wash drawings to his atmospheric sketches of continental Europe in the 1830s and ’40s. Vaughan stipulated in his bequest that these delicate watercolours should be ‘exhibited to the public all at one time, free of charge, during the month of January’, and his wishes have been faithfully adhered to for over 100 years. Situated in the heart of Edinburgh, the Scottish National Gallery is home to one of the best collections of fine art in the world.
The Scottish National Gallery displays some of the greatest art in the world, including masterpieces by Botticelli, Raphael, Titian, Rembrandt, Vermeer, Constable, Turner, Monet, Van Gogh and Gauguin, amongst many others. The most comprehensive  part of the collection covers the history of Scottish painting – all the major names, including Ramsay, Raeburn, Wilkie and McTaggart, are represented.
The Scottish National Gallery comprises both the National Gallery Building and the Royal Scottish Academy Building. Both of these buildings, designed by William Henry Playfair, stand in the heart of Edinburgh. Although originally built as separate structures, their histories have long been intertwined, and, since 2004, they have been physically connected by the underground Gardens Level.
For more information visit the National Galleries website at https://www.nationalgalleries.org.

It is fitting that the Turner display takes place in Scotland where we are spoiled for choice of great landscapes and picturesque scenery all through the seasons. If you are planning a visit to the Turner exhibition before the end of the month why not take in some of the fantastic scenery to be seen during the winter here in central Scotland at the same time.