Top Places to Visit in Killin 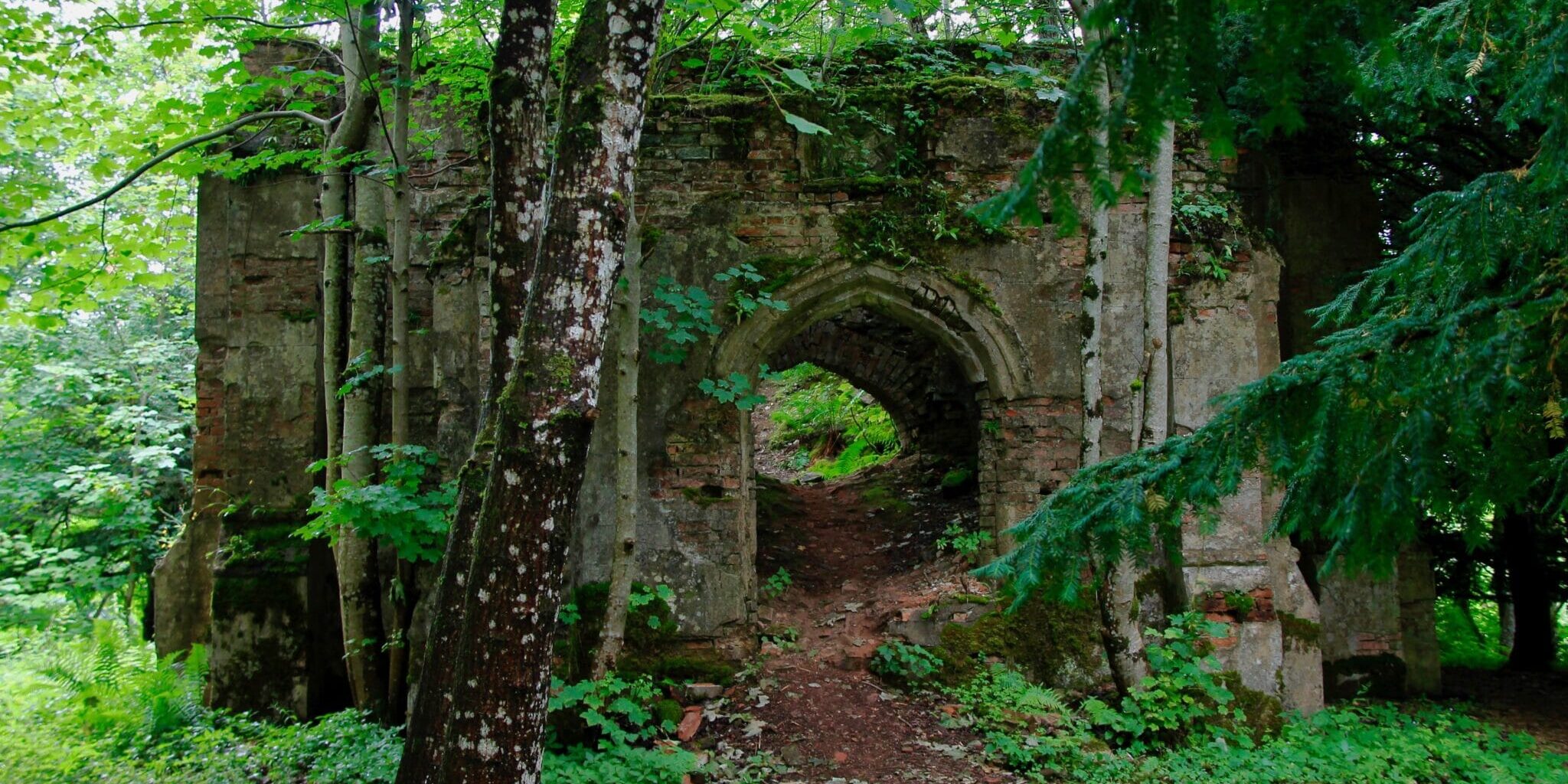 I hope everyone is looking forward to Christmas! Now that the festive season has arrived, why not consider exploring some amazing places in Killin. Some fantastic attractions sites and hidden gems to explore include Finlarig Castle Ruins, Breadalbane Folklore Centre, or the Falls of Dochart; or why not enjoy an amazing experience with Eternal Mountain, Legend Sailing, Killin Golf Club or Loch Tay fish’n’trips. If looking to plan a holiday, we have some lovely accommodations in Killin such as Glinngeal, Fern Cottage, Tolsta and High View! 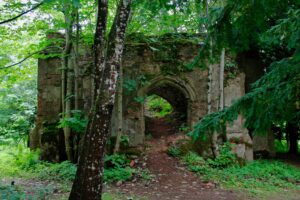 A fantastic historical site to visit is Finlarig Castle Ruins. The ruins of Finlarig Castle can be found on top of a large wooded mound at the end of the village of Killin, at the west end of Loch Tay. It is thought that the site dates back into prehistoric times, due to its position. Alongside the ruined castle, there is a burial ground that has been used within the last 100 years. The Finlarig Castle Ruins is a great place to explore the remains of a four-storey castle that was constructed to a Z-plan design. This involves a main block which includes offset towers at the south-west and north-east corners. The castle was built back in the 1620s by Sir Duncan Campbell, 7th Laird of Glenorchy. Sir Duncan Campbell was nicknamed the “Black Duncan” and was known to like castles. He constructed well known castles such as Balcardine Castle located in Argyll, Achallader Castle situated on the edge of Rannoch Moor and Edinample Castle near Lochearnhead. Fun fact – in 1651, the Scottish Parliament was summoned to assemble at Finlarig Castle, however only three members of the Parliament showed at the summoning. Interestingly, it has been said that Rob Roy MacGregor also visited Finlarig Castle back in 1713.

If looking to explore some nature spots within Killin, Eternal Mountain offers a wide range of amazing nature walks. The eco tour guide Patrick had a desire to travel from a young age. He has a passion for travel, nature and exploration with the aim to visit incredible sites and to learn about the hidden gems within Scotland. Patrick founded Eternal Mountain in 2019, with the hopes of inspiring others to be just as adventurous and curious about the world. Patrick’s goal is to plan your perfect holiday in nature, filled with inspiring and life-enriching experiences. With his nature walks, he shares his knowledge and passion for the environment! The various nature walks offered are relaxed and at a gentle pace – with no time constraints as the walks are adapted to individual needs. There are some great nature walks include within Callander such as the Falls of Leny, Ben Ledi “Mountain of God” and Bracklinn Falls. Other spectacular walks include Achmore Wood & Creag Bhuidhe, Tirai / “Land of Joy”, Dark Skies at Loch Tay during the night alongside private tours within Breadalbane – Home of Giants. 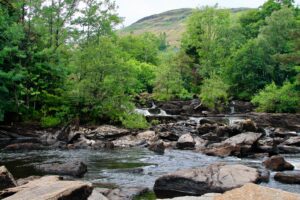 Other breath-taking nature spots within Killin include the Falls of Dochart. The majestic Falls of Dochart runs through Killin, within the Loch Lomond and The Trossachs National Park. The Falls of Dochart is a beautiful waterfall that is situated at the western end of Loch Tay and can be viewed from the village’s bridge. You can admire the misty spray of the waterfall as the waters of the river crash amongst the rocks and then flow around the island of Inchbuie, which is known as the traditional and ancient burial plan of Clan Macnab.

If looking to try exciting activities, why not give Legend Sailing a try! Legend Sailing is situated within the heart of Scotland in Perthshire. The organisation was established in 2001 and has offered high quality activities for 19 years. The organisation is owned and run by Andy Cryer who has sailed since 1971 and has been instructing since 1994. Andy was captain of the Scottish sailing club for two years and has sailed and raced within international fireballs for over 20 years. He holds various qualifications within the outdoor industry and has been working on Loch Tay since 1999, honing his skills and learning new disciplines to give customers the best possible experience. You can experience fresh water sailing on Loch Tay or try one of their adrenaline fuelled Powerboat Treks. Some of the various activities that are offered include Sailing, Canoeing, River Rafting, Quad biking and Self-Driving Powerboat Tours.

One other adventure to embark on is Loch Tay Fish ’n’ Trips. Loch Tay Fish ’n’ Trips offers both fishing and boar hire services. The types of fishes that can be caught include salmon, trout and pike. The opening of the salmon fishing season is an annual event and is celebrated by local fisherman gathering with fisherman from abroad, to fish within Loch Tay. This is usually accompanied by stories being exchanged and a dram or two that is enjoyed by the fishermen. Equipment is provided such as a boat, fishing rights, rods, tackle and life jackets. There are also fishing boats that are available for hire. These can range for 1 hour to 2 hours along Lochay river and out on to Loch Tay. From there, the local scenery can be enjoyed and captured through photographs. Wildlife can also be spotted such as osprey, deer, otters and red squirrels. This is a fantastic way to spend time with family, by picnicking on the shores or islands of Loch Tay. Learn about the history of the crannogs and other interesting sights and end the day with a meal from the Boathouse Restaurant.