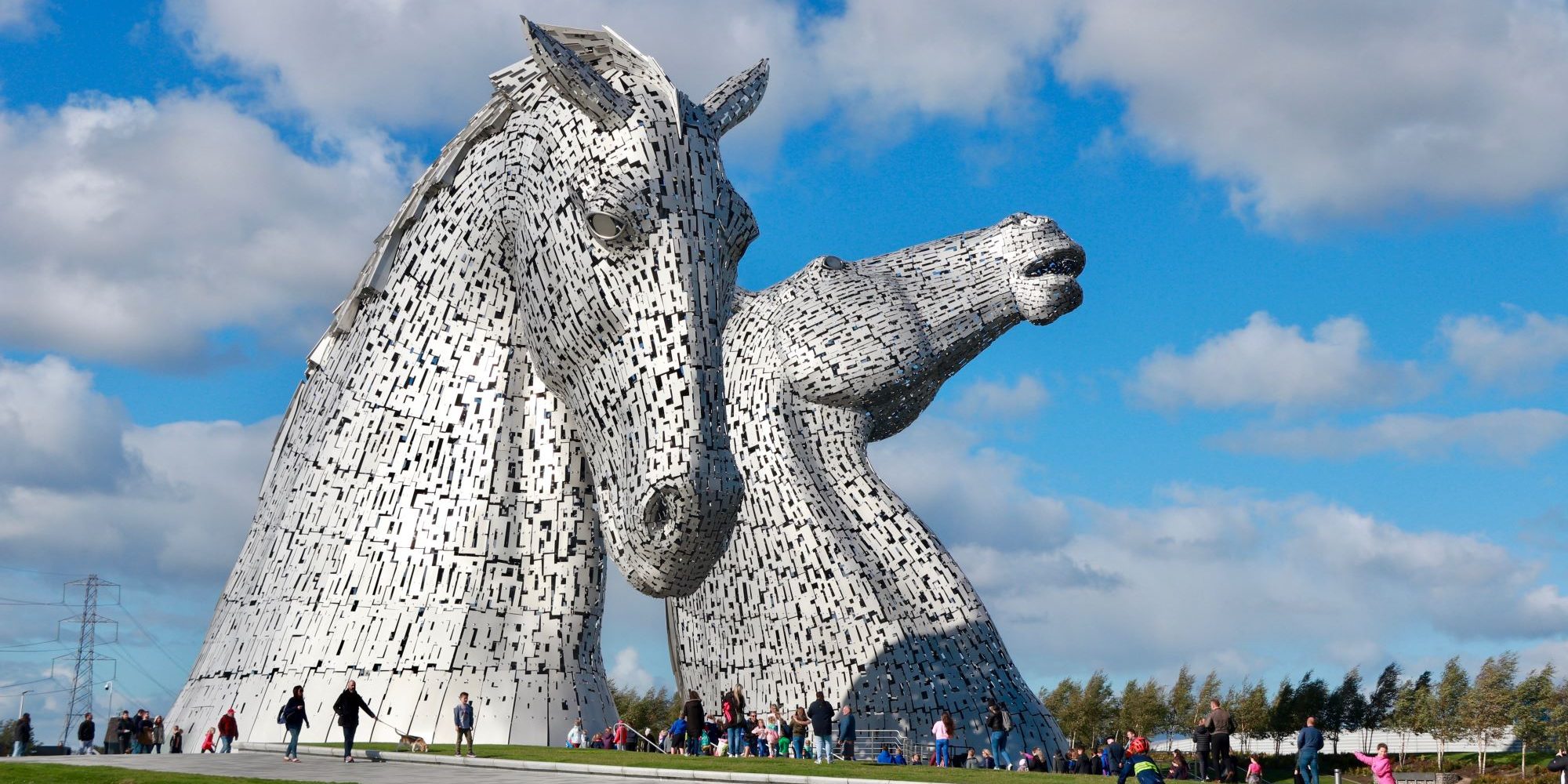 Being surrounded on three sides by water and having a multitude of lochs and rivers across the country, it is no surprise that Scotland has one or two myths and legends associated with water.

Perhaps the most famous of these is the Loch Ness Monster, or Nessie as she is commonly known. This large plesiosaur-like creature is said to live beneath the waters of the loch, occasionally surfacing for the lucky Nessie watcher to catch a glimpse of. Many people have travelled to the shores of the loch to see its most famous inhabitant, and more than a few scientists have tried on occasion to prove the existence of this creature. If you fancy a day trip to Loch Ness, make sure you take your camera and binoculars… just in case.

In 2013 two large kelpie heads appeared near the River Carron. This gleaming silver sculptures are an awe-inspiring sight for visitors. Kelpies are shapeshifting creatures, taking the form of horses or humans, that are said to dwell in lochs and pools. These are similar to the “each uisge” (Water Horse) of Celtic mythology. When in the form of a horse it is not advised to attempt to ride them as they are wont to drag the rider down into the depths of their loch and devour them.

Storm Kelpies are similar creatures, also known as the Blue Men of the Minch, who live in the waters by the Outer Hebrides. It is believed their name may be a reference to the woad-painted warriors the Picts who might have been spotted rising from the waves in their kayaks. A terrifying sight for Vikings or those who stumble across their waters.

Another creature to be wary of when travelling is the Selkie. They take the form of sea lions, but can shed their skins to reveal a woman beneath. Men enamoured by their beauty have often stolen the skins and forced the women to wed. However, if they regain their skin they will return to the water and leave the man to pine and eventually die of loneliness.

Scotland is known for its dark folklore and no creature is darker than the “bean nighe” (also known as the “washer woman”). This apparition is similar to the banshee and roams the banks of rivers and streams washing blood from the clothes of people who are about to die.

A more fortunate sight might be the “ceasg” or mermaids. These half-women half-fish creatures will grant three wishes to anyone who is able to catch them. You might catch a glimpse of them around the coast of Scotland.

Less well known perhaps is the shellycoat, a creature who wears a garment of shells that create a jingling sound as it moves. They live near rivers and streams and enjoy tormenting people with harmless pranks, leading them astray and playing tricks on them.

Cycle Routes in the Trossachs and Perthshire
July 26, 2020