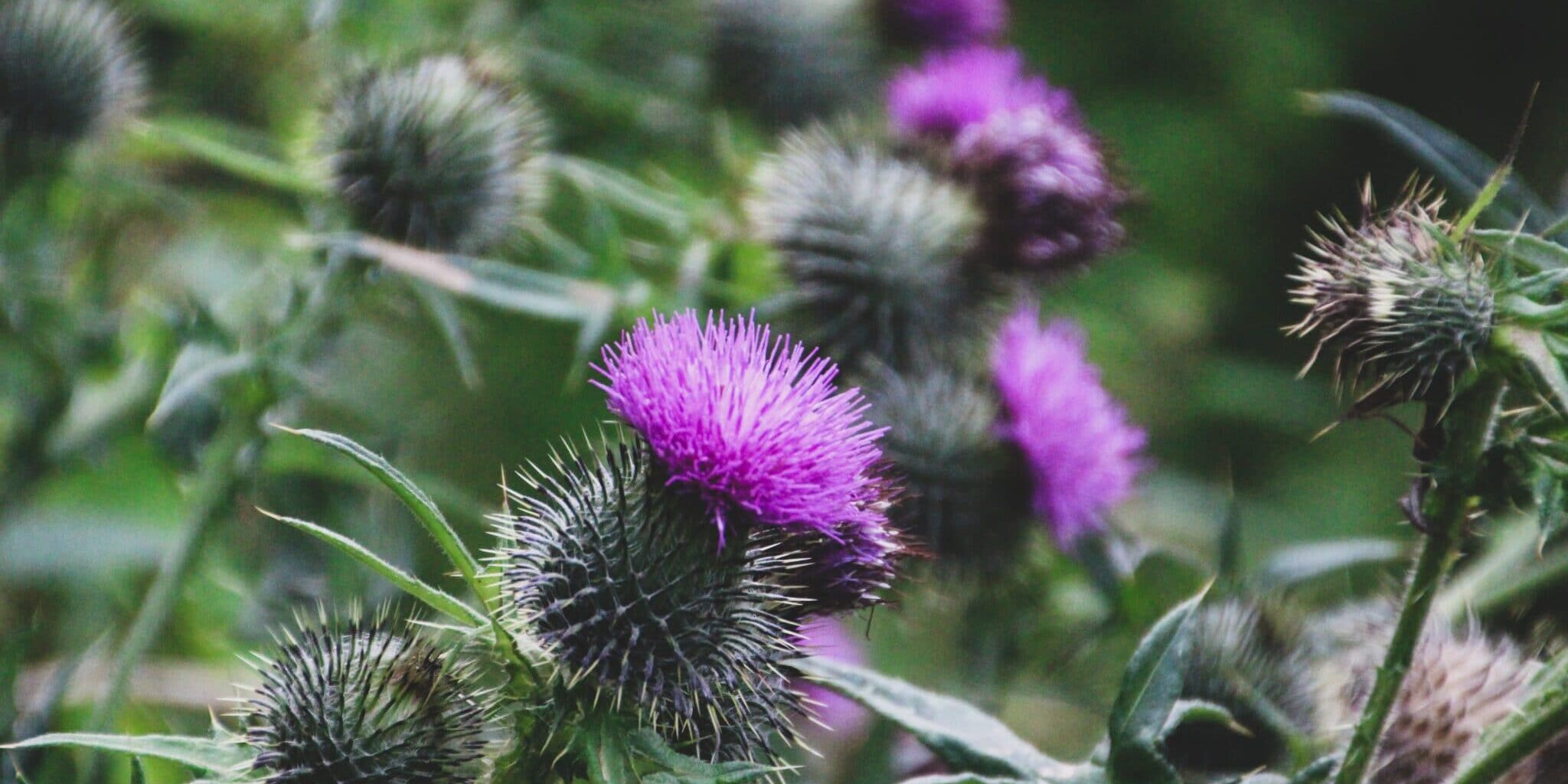 “”…The stars like thistle’s roses floo’er
The sterile growth o’ Space ootour,
That clad in bitter blasts spreids oot
Frae me, the sustenance o’ its root.

O fain I’d keep my hert entire,
Fain hain the licht o’ my desire,
But ech! the shinin’ streams ascend,
And leave me empty at the end.

For aince it’s toomed my hert and brain,
The thistle needs maun fa’ again.
—But a’ its growth ’ll never fill
The hole it’s turned my life intill! …””

from “A Drunk Man Looks at the Thistle”
BY HUGH MACDIARMID

The thistle is a prickly purple flower that comes in several varieties. It is very common across Scotland, including the islands but it is unknown which variation exactly is chosen as the national flower. The first-ever use of the thistles as a royal symbol is in 1470 by James III.

How has it become a symbol of an entire nation? There is a legend, of course, dating all the way back to Alexander III in 1263. In the midst of a Norse invasion who tried to ambush a sleeping party of Scottish warriors, this spiky little plant has saved them. According to the legend, in order not to wake the warriors up, the Norsemen removed their footwear to move more quietly in the darkness. Unfortunately for them, some of the invaders trod in the thistles and screamed in anguish. This woke up the Scots who quickly vanquished the invaders. This battle is also famously known as the Battle of Largs.

After that, the thistle has been used as a badge of honor. Scotland’s highest chivalric order was founded by King James V, called ‘The Order of The Thistle’. Twelve of his knights were part of the order alongside him. This is also where the famous motto is created “Nemo me impune lacessit”, meaning “No one harms me without punishment” (or “Wha daurs meddle wi me” as most commonly translated).

Have you noticed where the thistle has been used as a symbol around Scotland? Check out here for more information.