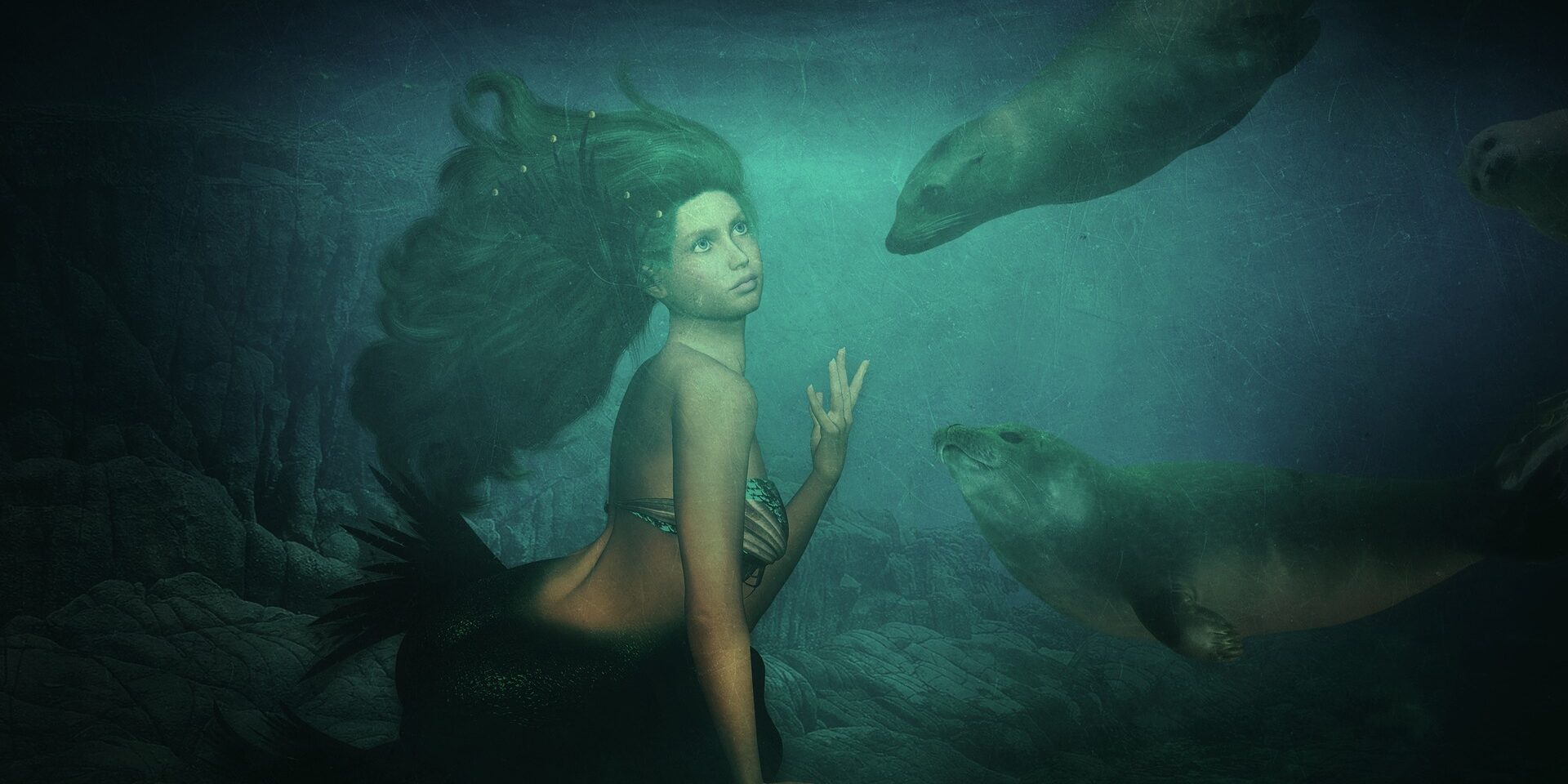 Selkies are mythological creatures in Scottish folklore that can change from seal to human form by shedding their skin. In Shetland, they also refer to them as mermen or merwomen. Most myths you would hear or read are about female selkies being forced to live in their human form as their seal skin is stolen or hidden. Each skin is unique and irreplaceable.

The most common tales are about a man finding a female selkie on the seashore without her seal skin. They would steal and hide the skin and persuade the selkie to marry them. They would have children and seem like the selkie has settled into her human life. However, in time, she would still choose to go back to the sea when she accidentally finds her skin, or in other versions, her children find her skin. Most legends state she is never to be seen again by her human family or in human form. Others say she visits them once a year or greets her children in her seal form.

What about male selkies? They have a handsome human form and mostly seek out women who are dissatisfied with their life. A popular folklore tale is about “Ursilla”. They say she had to shed 7 tears in the sea for the male selkie to appear. Their children would have a web between their fingers and toes which is said to be hereditary.

But how do selkies change to human form? Some stories say that the seal form is a house to sinful souls for punishment and can return to human form only every 7 years. Others state that selkies can change if the tide conditions are right for it. There are variations of the stories across the country, but in most of them, if you harm a selkie, it is said a great misfortune will fall upon you.

What stories have you heard of the selkies? You can find the different versions of the legends on selkies here.