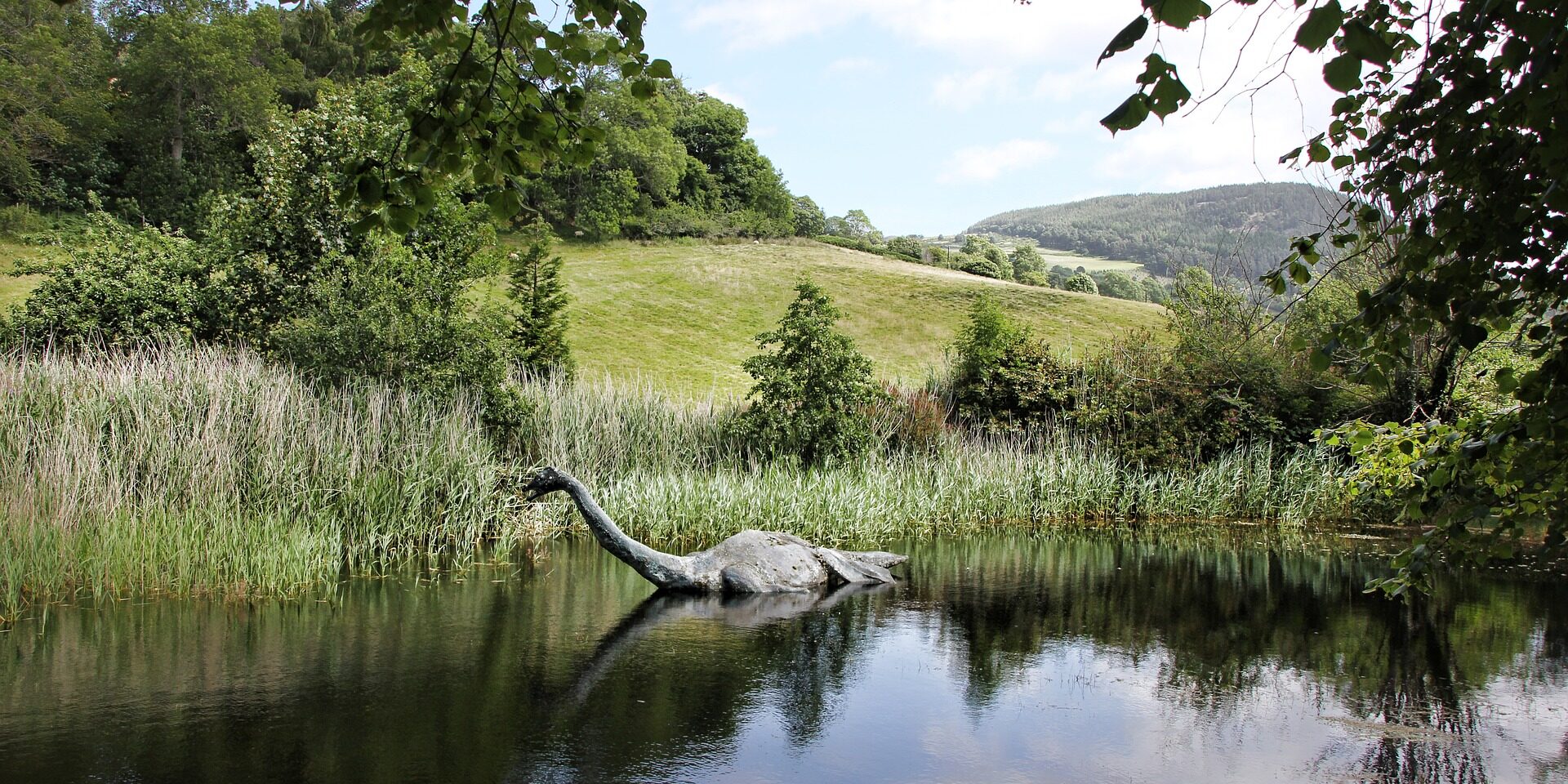 Going off from the previous post in the series about Kelpies, this blog will be focused on one of the most widely spread Scottish legends – the Loch Ness Monster. Described by some as a swimming elephant, Nessie is a large creature with an elongated neck and flippers for feet.

Some believe it is a modern legend of a larger Kelpie, however, the first-ever mention of the mysterious aquatic creature dates back as early as when the Romans came to Northern Scotland and The Highlands. In written form, the first mention is from 565 A.D. by Saint Columba (the man who introduced Christianity to Scotland) where he has saved a swimmer from the monster by commanding it in the name of God.  Many years after in the early 20th century, a young couple has contacted a reporter from the Inverness Courier. They describe the sight of this creature as “an enormous animal rolling and plunging on the surface.” This is when the name Nessie became popular and the ‘hunting’ of the weird creature has begun. The monster gained a lot of attention and the Loch received a lot of visitors. Just a few years later, the famous “Surgeon’s photo” was published by the Daily Mail. It is one of the most used photos as evidence for the existence of Nessie. However, in 1994, it was revealed that it has been a hoax, as the photographer has been Maramduke Wetherell himself. Alongside Christopher Spurling, he has created a model of the monster’s neck and attached it to a toy submarine. Since then there have been many published ‘photos’ of Nessie but most of them have been debunked. Nevertheless, tourists from around the world are still fascinated by the story of Nessie. Many movie adaptations of the monster in various genres have been created such as The Water Horse: Legend of the Deep (2007) or Loch Ness (1996). Most definitely the Loch has turned into one of the biggest attractions when visiting Scotland and The Highlands.

If you are interested to learn more, here are further sources of the mysterious creature. What are your favorite myths or movie adaptations of Nessie?