Perth Festival of the Arts 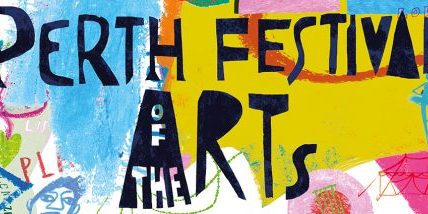 Perth is set to welcome some big names from the world of music, arts and culture this May for the 47th annual Perth Festival of the Arts. Taking place from the 17th – 26th May at venues across the city centre, this year’s line-up is one of the most diverse in the festival’s long history and has something which will appeal to people of all tastes.
Taking place over ten days at Perth Concert Hall, Perth Theatre and St. John’s Kirk, Perth Festival of the Arts has no less than 26 different events in this year’s programme, ranging from opera and big musical performances to contemporary art exhibitions and fun, thought-provoking stage shows.
Highlights of this year’s festival include Jools Holland – who first appeared at Perth Festival of the Arts in 1998 – returning to the stage once again, bringing with him Soft Cell star Marc Almond as his special guest.  60-year-old Jools is a world-famous pianist, bandleader, singer, composer, television presenter and multiplatinum recording artist, and will perform songs that span his entire musical career accompanied by the sound of Jools’ unforgettable Rhythm & Blues Orchestra.
Also on this year’s line-up is Grimethorpe Colliery Band – a Yorkshire-based brass band stars of the hit film “Brassed Off” – and the stunning Dresden Philharmonic Orchestra, conducted by Michael Sanderling and including violinist Jennifer Pike, who is a world-renowned talent who became the youngest ever winner of the prestigious BBC Young Musician of the Year award.
Among the names appearing in the festival’s stage shows over the ten days is crime-writer Val McDermid, who will be interviewed on stage at Perth Theatre by comedian and broadcaster, Fred MacAulay. Kirkcaldy’s McDermid has sold over 14 million copies of her books worldwide and had her work translated into 30 different languages.
Ruby Wax will also bring her one-woman show ‘Frazzled’ to Perth Theatre as part Perth Festival of the Arts programme, based on her best-seller ‘A Mindfulness Guide for the Frazzled’. The US-born comedy actress will give the audience an insight into mental health and the show is not recommended for those under the age of fourteen.
For fans of Scottish bands the triple bill of The Elephant Sessions, Siobhan Miller and Fara in Perth Concert Hall will certainly be a highlight. The Elephant Sessions won Album of the Year and Siobhan won Scots Singer of the Year at the 2017 year’s Trad Awards.
For the full festival line-up including dates, times and ticket information visit the Perth Festival of the Arts website at https://www.perthfestival.co.uk/event/