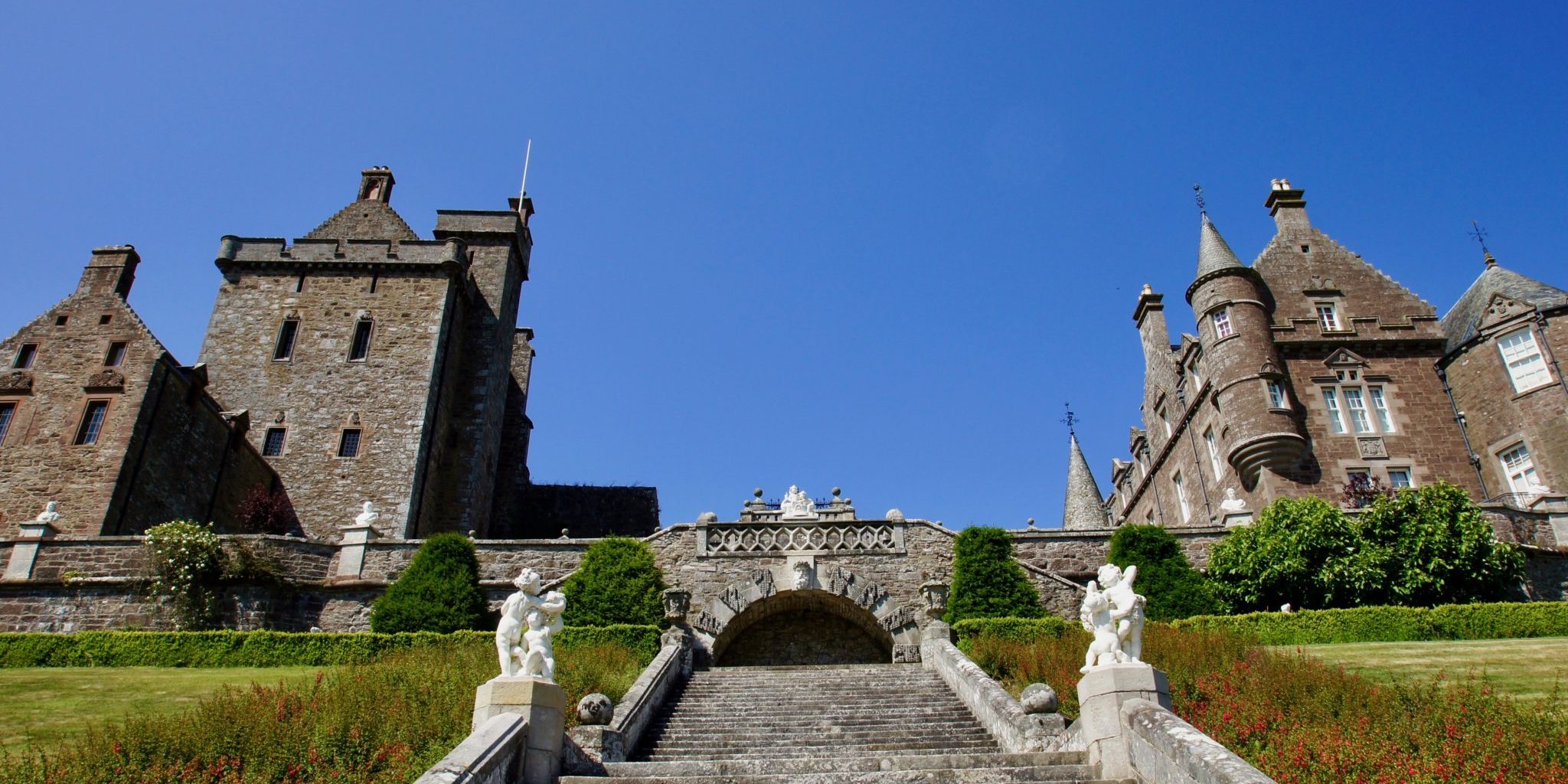 The big cities of the Central Belt are not the only places soaked in history. There are plenty of lesser-known buildings and sites scattered around the countryside, all full of ancient stories to tell. Here is a selection of our personal favourites in the area. 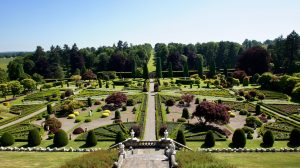 Originally laid out in 1630 by John Drummond, second Earl of Perth, Drummond Gardens only acquired the current design 200 years later. This beautiful layout is a representation of St. Andrew’s Cross, with the addition of a multi-faceted obelisk sundial in its centre. The sculpture was created by John Mylne in 1630. The Castle looking down on the gardens (The Keep) was built in 1490 and is currently still a private residence.

Located just a few minutes’ drive from the city of Stirling, this medieval stronghold is primarily known for being a popular filming location. Monty Python and the Holy Grail and a few episodes of Game of Thrones and Outlander were in fact filmed here. So if the grand domestic quarters and the castle courtyard do not appeal to you just yet, maybe an audio tour narrated by Monty Python’s Terry Jones will change your mind.

The Library of Innerpeffray 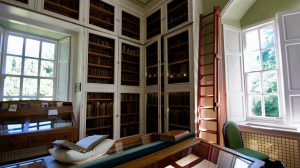 Scotland’s first lending library is an obligatory stop if you are driving through the countryside. Founded by David Drummond 3rd Lord Madertie in 1680, this cultural treasure is a hidden gem in rural Perthshire. Today a small group of passionate volunteers offers personal tours of the library with insightful facts and commentary. Displayed in the building are a few first editions of books such as Stevenson’s Treasure Island, but the most precious item is definitely their Borrower’s Register, which contains records of everyone who ever took home a book, and therefore holds precious information about the local’s ancestors. Visit their website for more information.

Who would ever think of finding the work of one of the greatest Scottish architects in this small town in rural Perthshire? This building, made up of a shop, a flat and a few workrooms, was designed by Charles Rennie Mackintosh in 1903-04 and clearly displays the artist’s style through Art Deco pieces. The property is currently used as a holiday home for those who wish to live the full Mackintosh experience. 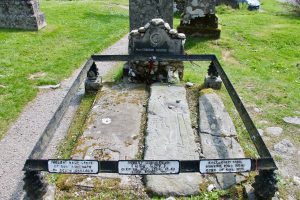 The grave of Rob Roy MacGregor is a very popular attraction amongst tourists in the area of the Trossachs. Often referred to as ‘The Robin Hood of the Highlands’, Rob Roy became a villain to some, but a hero to many. The famous quote inscribed on his grave, “MacGregor despite them”, is a tribute to his bellicose personality. In fact, during his lifetime the name MacGregor had been banned by the crown, leading the cattleman to take his mother’s name Campbell. However, when he became an outlaw following his feud with the Duke of Montrose, he challenged his new enemies by using his real name again. Rob Roy’s story is a long and complicated one: it can be read on books and online, but no version of it will ever be as interesting as the ones you can hear from the locals.

Located near Comrie, this camp is the last remaining WWII high security Prisoner of War Camp in the UK. After the war, it was used for different purposes: first a training centre for cadets, it was later bought by Comrie Development Trust, planned to become a Self-Catering development, and currently has mixed uses. Apart from hosting the offices of different local companies, it is also the venue for a number of activities and events. More information can be found on their Facebook page.