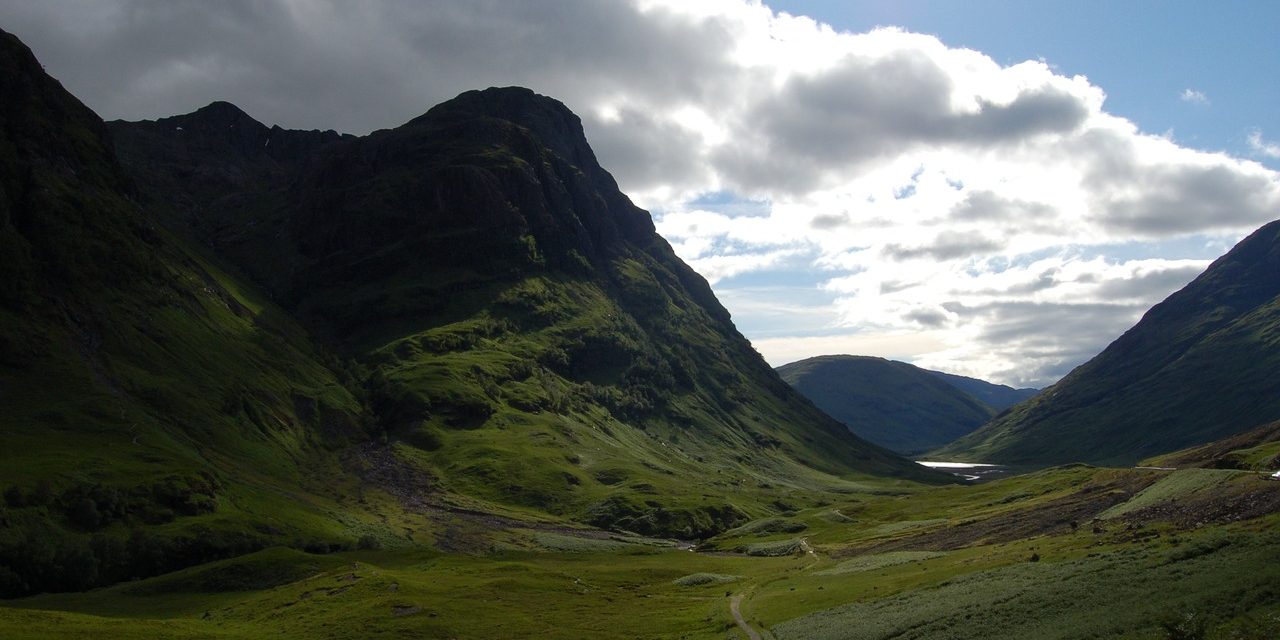 Glencoe is perhaps one of the most infamous glens in Scotland due to the Glencoe Massacre which occurred in 1692. Following the accession to the throne of William III, a royal proclamation declared that the new subjects were to declare their allegiance to the king before 1st January 1692. The MacDonalds did not take this oath. In late January government forces arrived in the glen and stayed with the MacDonalds. In early February orders were given to the government soldiers to block the ends of the glen and sweep down, burning houses and killing anyone they found. Around thirty of Clan MacDonald were killed. The numbers would have been much higher, but the forces who were to block their escape arrived late to their positions, allowing many to escape.

In the present time, Glencoe has been seen in several popular films and television shows. The opening sequence to “Outlander”, and exterior scenes of Hogwarts and Hagrid’s Hut from the “Harry Potter” series were filmed here. The James Bond film “Skyfall” shot its Scottish landscapes at nearby Glen Etive. The Bridge of Death from “Monty Python and The Holy Grail” was built in the glen, and two historical epics based on Scottish folk heroes, “Braveheart” and “Rob Roy”, also featured sequences shot in and around Glencoe.

Winter sports have been popular at Glencoe since the creation of the ski-tow here in 1955. This was the UK’s first ski-lift. The mountain now has 8 lifts and visitors can enjoy skiing or snowboarding down a number of runs. There is a ski hire shop and café at the base of the mountain to enjoy some food and a hot drink after a day on the slopes. If you are visiting in summer, or there is little snow, you can still enjoy the mountain with a selection of hiking trails, mountain biking or ‘tubing’. The area boasts abundant wildlife, including red deer and golden eagles. One of the most popular trails is the Lost Valley, formed by the flow of melting ice from an ancient glacier. Follow the walk up into the Lost Valley and marvel at this geological wonder, before descending back through the stunning landscapes that were once the domains of Highland clans.

Find out more about what’s on at: https://www.glencoemountain.co.uk/

Glencoe is around an hour’s drive from Killin, or two hours from Stirling or Perth and makes for a great day out if you are staying in the area with spectacular scenic roads.