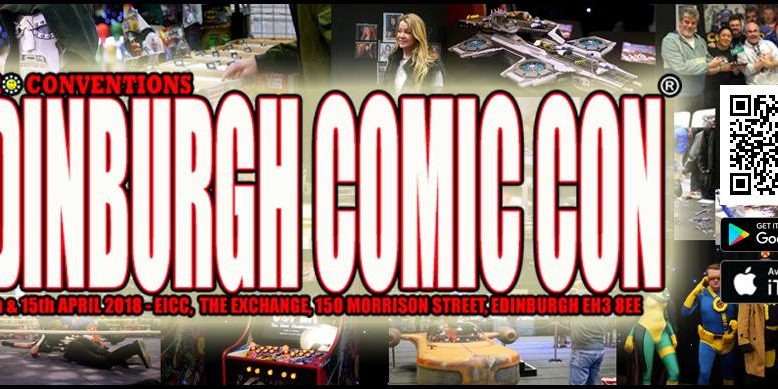 This year’s Comic Con will be taking place next weekend 14th and 15th April at the Edinburgh International Conference Centre.
2018 will not only be Edinburgh Comic Con’s third year at the EICC, but also it’s fifth anniversary. It will feature many top named guests from the world of comic books and science fiction, with many of them appearing for the first time ever in the UK, including actors, artists and writers.
There are many exhibitors and guest speakers taking part in this year’s event which promises to provide lots of entertainment for those interested in the world of comic books and science fiction.
For full details about what is planned for the weekend visit the website at
http://www.herocomicshop.com/HEROCON/SBA/ecc2018booklet.pdf for a glimpse of the weekend schedule.
Comic Con will also be raising money for charity over the two days and this year the organisers are supporting the Edinburgh Children’s Hospital Charity.