A visit to Wester Pickston Railway 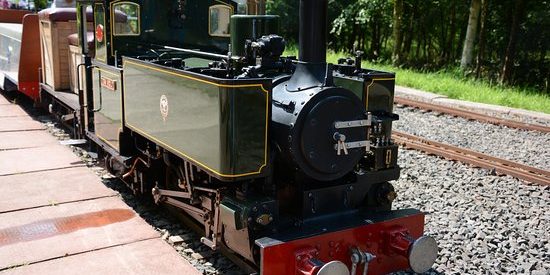 The Scottish Model Engineering Trust owns and runs the Wester Pickston Railway (WPR) which is set in seven acres of woodland in the heart of the Perthshire countryside. There is a ground level track for 71/4″ and 5″ gauge trains, an outdoor 16mm Garden Railway and woodland roads to run steam powered road models.
The trust formed in 2002 also has an extensive workshop facility on site, equipped with lathes and milling machines etc., for members use. There is also a club room with kitchen facility.
Whilst there are 4 days per year for the public to visit, the trust welcome visiting engines to monthly running days and other times by arrangement.
To find the Weston Pickston Railway, located near Methven, the following directions should be used.
From either PERTH or CRIEFF take the A85 towards METHVEN. Opposite Methven Post Office take the turning onto College Road. Follow this road for 3 miles. The WPR is on the right through the blue gates. Although the post code is PH1 3RX, using this in a sat-nav leaves you 1 mile away on another road.
The mainline comprises of two circular routes extending to some 1 1/2 kilometres, there are numerous sidings and passing loops, two stations and a small halt, two unloading bays that can accommodate most locomotives and two turntables and steaming areas.
The track is mainly winding through woodland, with cuttings and embankments, a couple of bridges over ponds and a small tunnel. There are some fairly straight lengths and gradients up to 1:60 its makes interesting driving and pleasant views for the passengers. The steam vehicle crosses the line in three places and can ferry people to Ducks End station.
ALL ABOARD FOR 2018
Public Running Days
• 1 April 2018
• 27 May 2018
• 29 July 2018
• 26 August 2018

The Scottish Model Engineering Trust was formed in 2001, out of the Perth Society of Model and Experimental Engineers which started in 1935. Over the years the activities expanded to cover a wide range of disciplines. The original society was based in Perth at Cromwell Park, however like a lot of other clubs and societies around Britain they were told the lease would not be renewed as the park was being sold for housing development.
SMET was formed as a charity in 2001 and a piece of woodland purchased in rural Perthshire to develop a new club site. A thriving membership has ensured that site has been developed the way the members want without the threat of being moved on. Apart from the railway, the club has aquired new members who are very active with model steam road vehicles including traction engines and lorries.
For more information about the Scottish Model Engineering Trust visit the website at
http://smet.org.uk 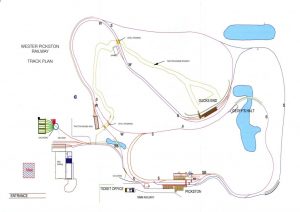