A night at the Callander Jazz and Blues Festival 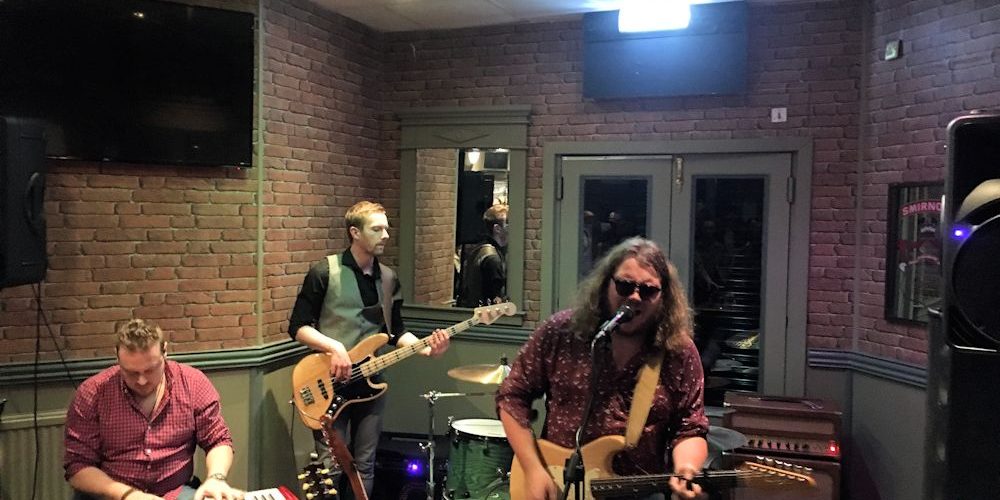 Callander Jazz and Blues Festival took place this year over the weekend of 28th – 30th September. This is the 13th annual festival with live gigs staged in various venues across Callander and featuring the best sounds in local, national and international Jazz alongside the best of the UK’s Blues scene.

Friday saw the start of the Festival at 5.00pm with 11 gigs across 8 venues and we decided to start with the first show featuring Jeff Jeffrey, a blues guitarist and singer performing his first gig of the night at the Dalgair House Hotel. The music included tracks from Alex Harvey, Gary Moore and Jimi Hendrix to name but a few. Given the fact this was the first gig of the Festival, the venue was full and many of those present really enjoyed both the choice and delivery of the material. The humour between the songs was also appreciated by the audience!

We changed genre for the next gig by booking a table in advance at the Deli Ecosse Café for a bite to eat whilst serenaded by Jim Crumley, a very competent solo jazz guitarist. The venue for this show was ideal as patrons could really appreciate the gentler delivery of some famous tunes by Hoagy Carmichael, the Beatles and many more. All were played expertly by Jim and the sound produced by his guitar was a treat to listen to.

Moving on we found ourselves heading to the McLaren High School to experience Uncle Red playing their set list of Rock’n Roll and Jive music. This four-piece band had the dance floor full for all their songs with dancers jiving very enthusiastically for some songs and line dancing expertly to others.

The last gig of the night for us was at the Riverside Inn, which was full to capacity an hour before the featured Tom Killner Band were due on stage! This was a Blues Rock band who performed mostly their own material with the occasional cover version added.

The audience here really got into the spirit of the Festival and enjoyed the band through each and every song. 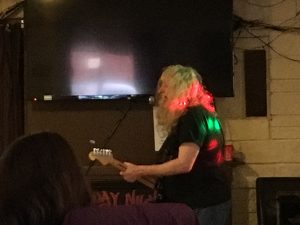 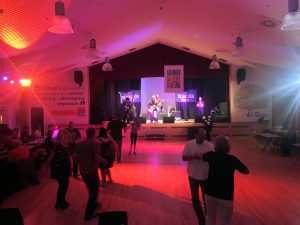 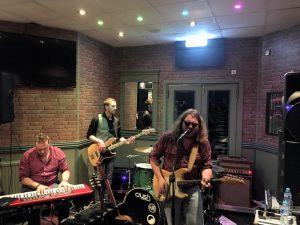 The programme for Saturday saw the first artistes starting at 11.30 am and the last at 23.00 pm – some 27 shows taking place over this time.

Similarly, the Sunday programme started at 12 noon and finished with the last show at 21.00. Amongst this programme there was a Blues Cruise at Loch Katrine, the only out of town venue, featuring King Buddah – surely an opportunity for a great experience of music and sightseeing.

This year’s special guests appearing at the Festival included The Revolutionaires, Swing Sensation, Uncle Red, King Pleasure and the Biscuit Boys, The Jiveoholics, Penman’s Jazzmen and Charlotte Marshall & The 45’s.

In addition to the guest artistes, vocalists, musicians and dancers were invited to join the Open Mic/Instrumental & Dance Workshops held over the weekend and Saturday saw some Jive lessons taking place at the McLaren High School for all those interested to learn jive dancing.

All in all, the weekend was packed with jazz and blues experiences and those attending for the whole festival will have had some amazing experiences to remember.