3 Scottish Tales of Love and Romance 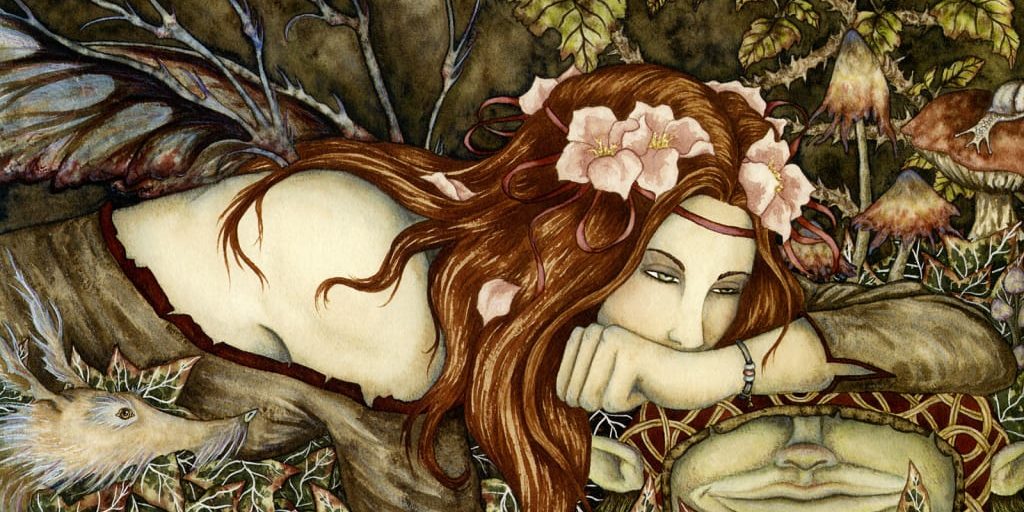 Valentine’s Day is approaching, and to celebrate the most romantic time of the year, we are bringing you a selection of our favourite Scottish tales. 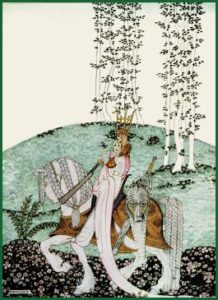 The first story comes from the Scottish Borders, a tale of courage and magic that breaks all stereotypes. Instead of a damsel in distress, Tam Lin presents us with a young man held captive by evil faeries, and a brave woman who will fight to rescue him. Like the great majority of folk tales, Tam Lin has been modified and readapted numerous times over the centuries, so here is a quick overview of the story. The young daughter of an Earl becomes pregnant with the child of Tam Lin, who she encounters in the forest of Carterhaugh. When she goes looking for him, he explains he used to be a mortal man until he was captured by the Queen of Faeries. As her prisoner, Tam is afraid he will be given as a tithe to Hell on the night of Hallowe’en, and his only hope is for the young girl to rescue him while he rides as part of a company of elven knights. She manages to pull him down from his horse, and hold on to him as he is turned into different beasts by the faeries. When he is turned into burning coal, she throws him into a well and waits for him to turn back into a man. Despite her anger, the Queen of Faeries acknowledges defeat.

You can find different versions of the full story on tam-lin.org. 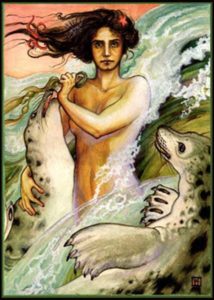 Each Scottish island has its own version of this old folk tale. Perhaps calling it a love story is not entirely accurate, but we will let you be the judge of that. Legend has it that there was once a handsome young man who showed no interest in taking a wife. One day the Goodman went down by the sea and saw a group of selkies sunbathing and playing in the water. Enchanted by the beauty of the young women, he ran towards them and snatched up one of their skins, which they had left on the sand. Most of the selkies managed to retreat to the sea, wearing their skins and turning back into seals, except one. The beautiful creature started weeping and wailing, begging the man to return her skin for without it she could not return to her people in the sea. At this sorrowful sight, the Goodman felt pity for the selkie, but for the first time he also felt a great love, which melted his cold heart. Instead of setting her free, he eventually convinced the creature to become his wife, and they proceeded to have seven children and live a happy life together. Despite this, the selkie longed for the sea, her true home, and never stopped looking for her skin. Only many years later did she find it hidden in their home, with the help of her daughter. Immediately she abandoned her human family and rushed back to the sea, never to come back. His whole life the Goodman hoped for her return, but never saw her face again.

The full story can be found on orkneyjar.com. 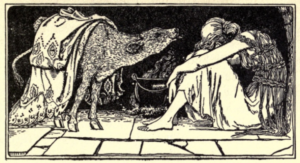 In this Scottish version of Cinderella the main difference with the original is the beginning of the story. We all know the tragic tale of the beautiful young orphan forced to live with her step mother and step sisters, but Rashin Coatie somehow has an even darker background. Hated by her birth parents and her uglier older sister, the young lassie is mistreated and sent into the woods to herd cattle every day. One day a red calf, taking pity on her, leads her to a big house across the wood, and here they find a big feast waiting for them. This becomes part of their daily routine, and the no-longer-malnourished young girl grows more beautiful every day. This upsets her parents and sister, who decide to follow her and discover her secret. Angry, they want to force her to kill the calf. But Rashin Coatie and the red calf manage to run away and only stop when they reach a meadow. Here they make some new clothes for her with the rushes growing on the meadow, and continue their journey until they reach the king’s castle. From here on the story becomes very similar to the Disney version we all know and love. Rashin Coatie is not allowed to go to the kirk on Yule day because she has to work at the castle, but the calf acts as fairy godmother by bringing her a fancy dress. Once at the kirk, the prince falls in love with her but she needs to leave early to finish preparing dinner for everyone. In a hurry, she drops her shoe and the prince starts his quest. Overcoming a few obstacles, the prince and Rashin Coatie finally get married and live happily ever after.